Chapter 3: Design of the East Area facility after renovation

The PS primary proton beam is slowly extracted at 24 GeV/c towards the East Area with the help of the third- order resonance technique over a typical spill length of 350 to 450 ns within 2.4 s cycles. The number of East Area extractions is usually around five to six per overall PS super-cycle of typically 40 s and depends on both users and schedule constraints, respectively. After passing both magnetic septa SMH57 and SMH61 in the PS, the beam enters the F61 transfer line that transports the beam either to the so-called North Targets via the lines F62 and F63 or towards T08, which serves the irradiation facilities IRRAD and CHARM. During operation of primary ion beams, only these irradiation facilities can be operated. The principle of extraction by third-order resonance and the corresponding optical elements inside the PS, such as the magnetic septa, will be kept unchanged for the new East Area operation. Thus, only a replacement of the existing magnets by laminated versions with slight optimization of the optics was chosen as the renovation baseline for F61 with changes in the layout mostly due to integration constraints and considerations for improved radiation protection. In particular, all the main horizontal bends have been replaced by reliable and robust MCB magnets, which are available with sufficient spares and can be operated in pulsed mode. The splitting option, although more efficient for operation, was dropped in 2005 for technical reasons that were hard to overcome in a reliable manner. For further details on the recent operational history of F61 and the original ideas of the renovated East Area beams. 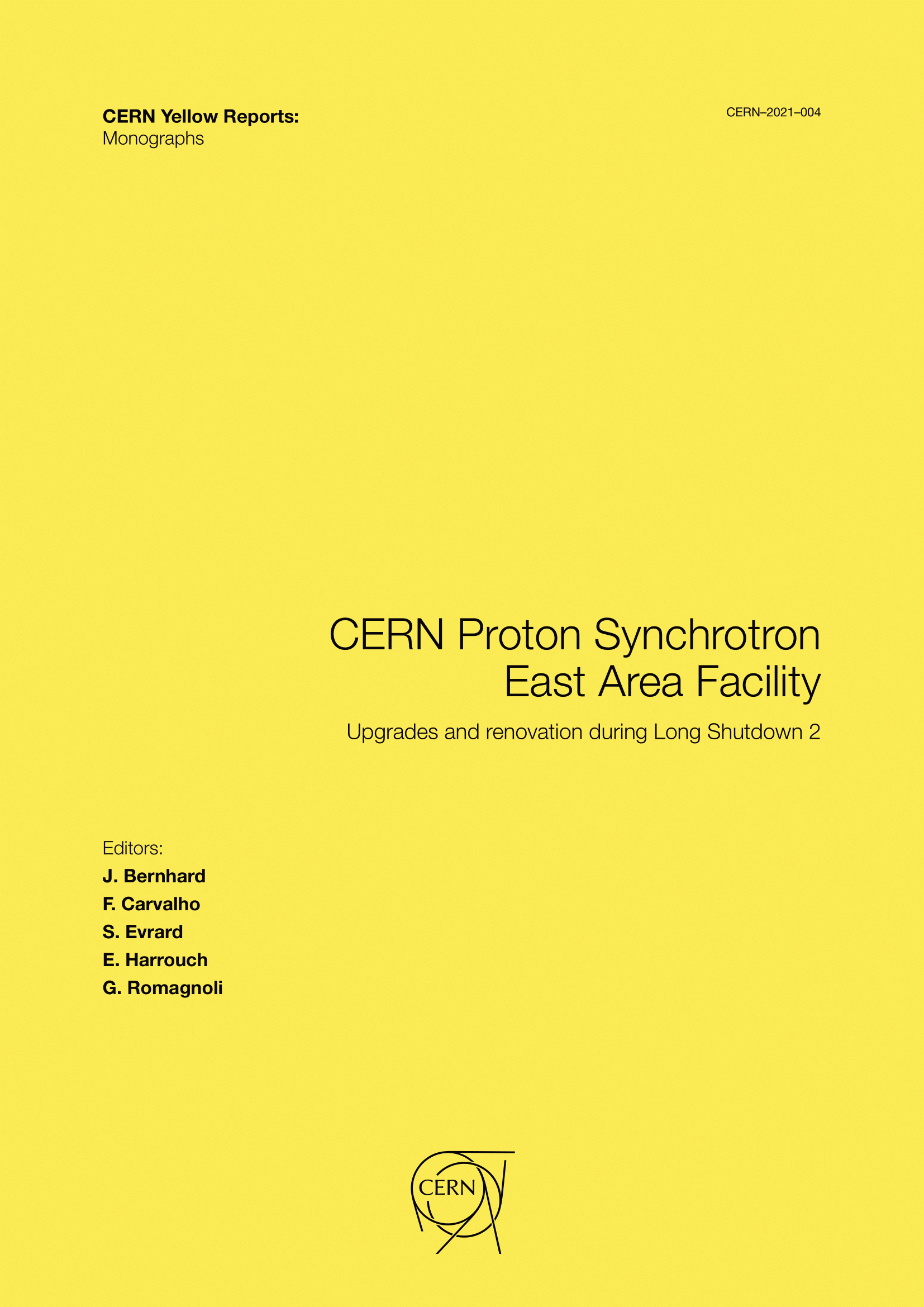