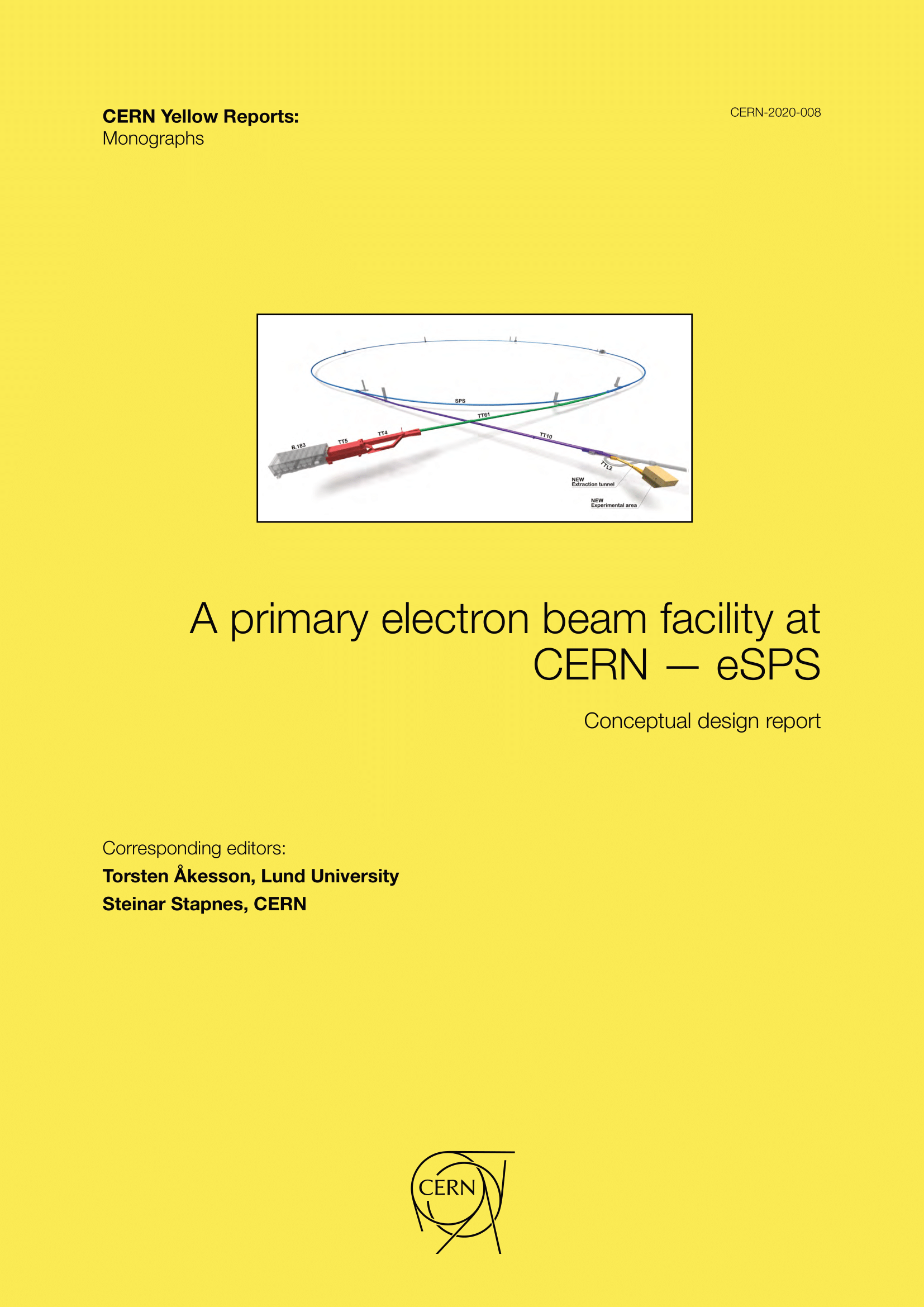 The design of a primary electron beam facility at CERN is described. The study has been carried out within the framework of the wider Physics Beyond Colliders study. It re-enables the Super Proton Synchrotron (SPS) as an electron accelerator, and leverages the development invested in Compact Linear Collider (CLIC) technology for its injector and as an accelerator research and development infrastructure. The facility would be relevant for several of the key priorities in the 2020 update of the European Strategy for Particle Physics, such as an electron-positron Higgs factory, accelerator R&D, dark sector physics, and neutrino physics. In addition, it could serve experiments in nuclear physics. The electron beam delivered by this facility would provide access to light dark matter production significantly beyond the targets predicted by a thermal dark matter origin, and for natures of dark matter particles that are not accessible by direct detection experiments. It would also enable electro-nuclear measurements crucial for precise modelling the energy dependence of neutrino-nucleus interactions, which is needed to precisely measure neutrino oscillations as a function of energy. The implementation of the facility is the natural next step in the development of X-band high-gradient acceleration technology, a key technology for compact and cost-effective electron/positron linacs. It would also become the only facility with multi-GeV drive bunches and truly independent electron witness bunches for plasma wakefield acceleration. A second phase capable to deliver positron witness bunches would make it a complete facility for plasma wakefield collider studies.
The facility would be used for the development and studies of a large number of components and phenomena for a future electron-positron Higgs and electroweak factory as the first stage of a next circular collider at CERN, and its cavities in the SPS would be the same type as foreseen for such a future collider. The operation of the SPS with electrons would train a new generation of CERN staff on circular electron accelerators. The facility could start operation in about five years, and would operate in parallel and without interference with Run 4 of the LHC.