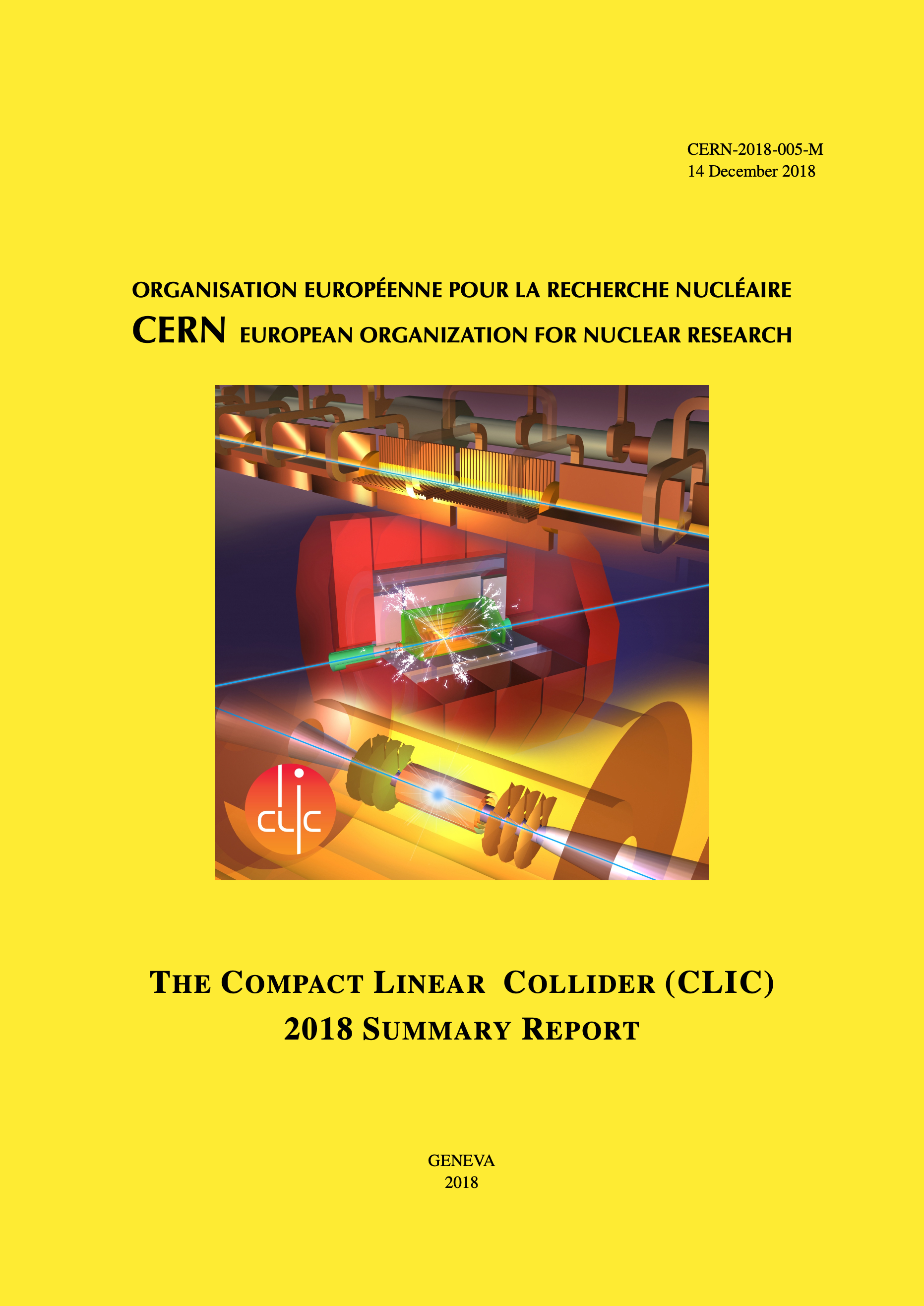 Abstract: The Compact Linear Collider (CLIC) is a TeV-scale high-luminosity linear e+e- collider under development at CERN. Following the CLIC conceptual design published in 2012, this report provides an overview of the CLIC project, its current status, and future developments. It presents the CLIC physics potential and reports on design, technology, and implementation aspects of the accelerator and the detector. CLIC is foreseen to be built and operated in stages, at centre-of-mass energies of 380 GeV, 1.5 TeV and 3 TeV, respectively. CLIC uses a two-beam acceleration scheme, in which 12 GHz accelerating structures are powered via a high-current drive beam. For the first stage, an alternative with X-band klystron powering is also considered. CLIC accelerator optimisation, technical developments and system tests have resulted in an increased energy efficiency (power around 170 MW) for the 380 GeV stage, together with a reduced cost estimate at the level of 6 billion CHF. The detector concept has been refined using improved software tools. Significant progress has been made on detector technology developments for the tracking and calorimetry systems. A wide range of CLIC physics studies has been conducted, both through full detector simulations and parametric studies, together providing a broad overview of the CLIC physics potential. Each of the three energy stages adds cornerstones of the full CLIC physics programme, such as Higgs width and couplings, top-quark properties, Higgs self-coupling, direct searches, and many precision electroweak measurements. The interpretation of the combined results gives crucial and accurate insight into new physics, largely complementary to LHC and HL-LHC. The construction of the first CLIC energy stage could start by 2026. First beams would be available by 2035, marking the beginning of a broad CLIC physics programme spanning 25-30 years.