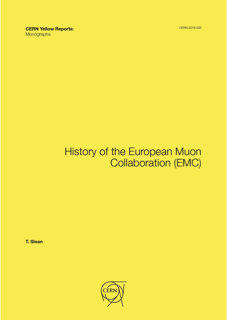 The European Muon Collaboration (EMC), formed in the years 1972–1974, was one of the first large experimental particle physics collaborations with more than 100 physicists. Its aim was to study the quark structure of the nucleon through deep inelastic muon scattering. Two seminal discoveries were made; the EMC effect and the spin crisis. In this paper the history of the collaboration from beginning to end is described. The appendices describe some of the difficulties met during the development and performance of the experiments as well as a description of some of the social interactions in the collaboration.