steppingstones or stumbling stones for learning the scien-tific concept of energy?

Background: Energy is a core concept in science and has great socio-economic significance. Meanwhile, many coun-tries have included energy as a topic of instruction in their elementary school curricula. In Switzerland, energy learning is supposed to start in K-2 education, i.e., when children are four to eight years old (Deutschschweizer Erziehungsdirektoren-Konferenz, 2016). Students’ pre-instructional conceptions are considered a core element for suc-cessful learning. While there exists a large body of research on secondary students’ energy conceptions, little is known about young children’s ideas about energy (Detken & Brückmann, 2021).

Sample/setting: The sample comprised 24 children (12 girls, 12 boys, ages six to eight years) of two first- and two second-grade classes in two schools in the city of Zurich, Switzerland. The children had not received instruction on energy or related topics.

Design and Methods: Single interviews with multiple child-friendly methods and tasks, such as drawing, sorting images, picture stories, were conducted. By references to everyday objects/phenomena and by using a specific protocol, the participants were invited to express themselves in-depth about all core aspects of energy (forms, transfer, transformation, dissipation/degradation, conservation). The interviews were videotaped for capturing speech and non-verbal modes of communication, transcribed, and analysed by qualitative content analysis with a multidimensional coding frame based on the structure of the scientific concept of energy.

Results: The results show that the interviewed children have rich and diverse ideas about energy. Children’s resources for energy learning are identified by linking selected categories to the different core aspects of the scientific energy concept. For example, the children describe several indicators of energy, such as electricity, motion, and light; these ideas may serve as “steppingstones” for introducing energy forms such as electrical, kinetic or radiation energy. Children’s frequent references to human activities or their physical state do not correspond to a scientific indicator of energy; such ideas, therefore, deserve attention when designing age-adequate instruction (a possible “stumbling stone” for introducing more scientific ideas). Many of the categories of the coding frame are found in many of the analysed interviews, though children have individual preferences. The first step towards the reconstruction of the children’s mental models of energy is made by analysing frequent combinations of categories.

Conclusions: Young children can be expected to have rich ideas about what energy is and how it behaves that constitute resources for energy learning. Hence, a great diversity of energy conceptions is to be expected in the classroom, both on the level of the individual child and in the learning group. This has impacts on the design of suitable learning environments; particularly, there is not “the ideal” context for energy learning. Methodologically, this study shows that valid inferences about young children’s conceptions of an abstract science concept can be made from children’s explanations in a child-friendly multi-method setting. The developed coding frame and the children’s statements can serve as a basis for the development of quantitative test items. Future research should focus on reconstructing children’s conceptional models of energy from the various ideas described in this study. 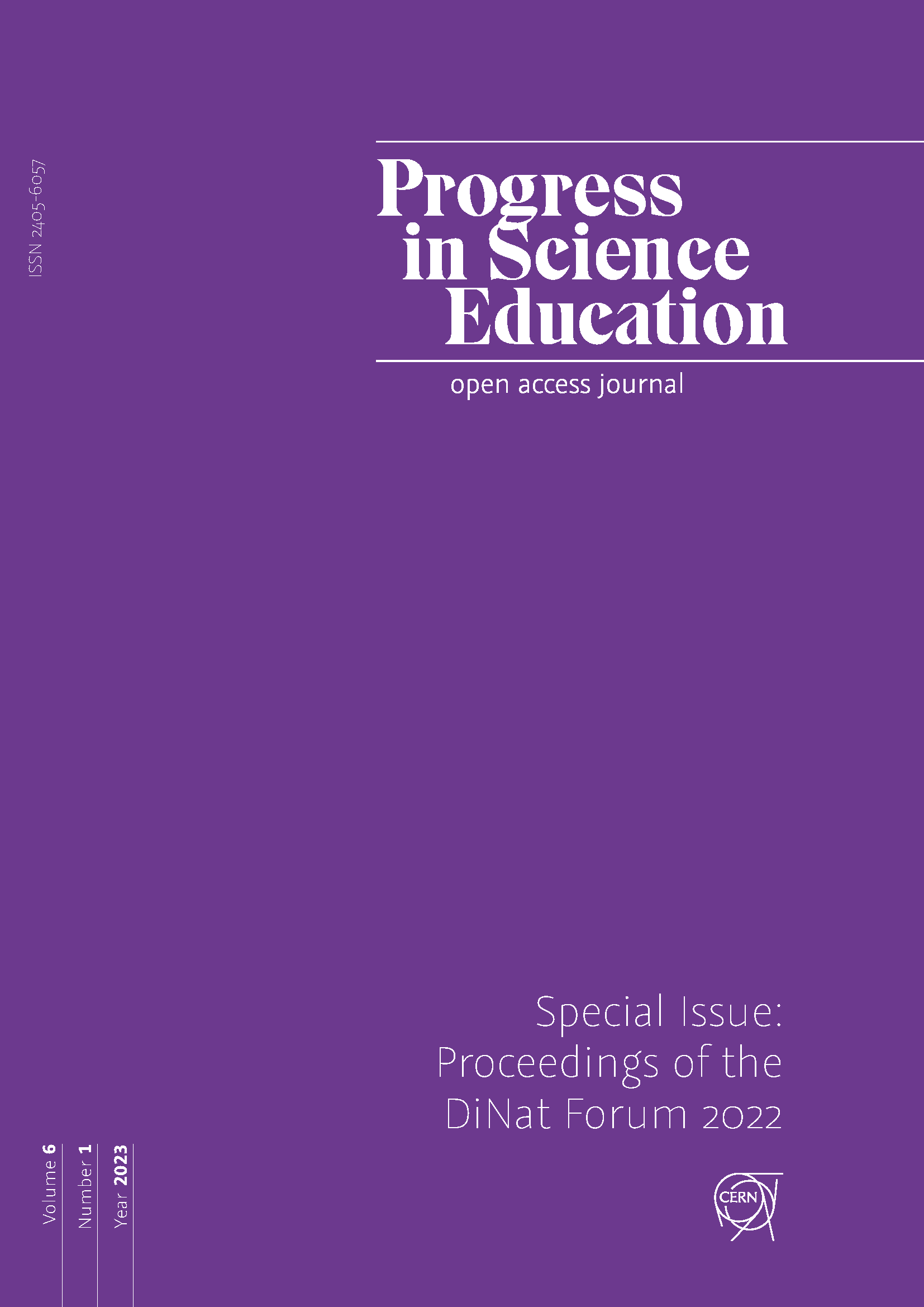 This work is licensed under a Creative Commons Attribution-NonCommercial-ShareAlike 4.0 International License.

Authors who publish with this journal agree to the following terms: